CONTACT INFORMATION
SEND US AN EMAIL
shona Under The Oak
May 6, 2019 shona 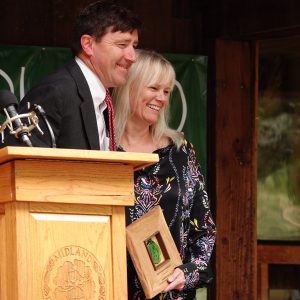 During the 2019 Alumni/ae, Parents & Friends Weekend, Lorri Hamilton Durbin ’85 received Midland’s John Dreyfuss Distinguished Alumna/us Award for her many years of service to the Midland Community. In the words of former Head of School Will Graham, “As a student, staff member and trustee, Lorri’s true stroke and balanced backswing split a clear path through Midland’s pea patch. She followed in the footsteps of other Midland heroes to chair the Board, but cut new ground by being the first alumna to Chair the Board of Trustees… she is a dedicated Mighty Oak with a record of service that spans more than thirty years.”

While at Midland, Lorri Hamilton Durbin was known for her strength of character, confidence, resilience, and humor. After joining the community as a junior, she “excelled at Midland” both in athletics as a defender on the girls’ varsity soccer team, and as a peer counselor insistent on resolution. She was described in the graduation Mirror: “Lorri’s personal and intellectual promise have no limits. She is not afraid to challenge her mind in her studies, give her best in athletics, confront difficult problems, and defend her ideals.” 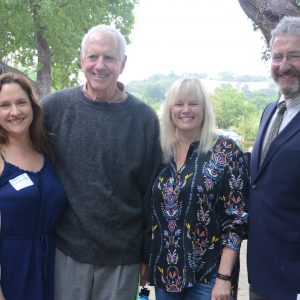 “As a Midland student, Lorri internalized Midland values, and carried and applied them throughout her outstanding career in education.” – Mason Willrich ‘50

Lorri has led a distinguished career in education. Lorri served as the Middle School Director at the Dalton School in New York City; Associate Director at The Klingenstein Center for Independent School Leadership at Teachers College, Columbia University; Head of the Middle School at The Nueva School in Hillsborough, California; Director of Admissions and Financial Aid at San Francisco University High School; and Alumni Coordinator, Admissions Counselor and teacher at Midland School. Lorri has served twice as a member of the Board of Directors of the Secondary School Admission Test (SSAT) Board, and currently serves on the Board of Directors of the International Boys School Coalition and the Common Sense Media Regional Council. She served on the Midland Board of Trustees for 24 years, from 1993 to 2017, and served as the Board President from 2012-2017. She began her current position as the Head of School at Town School for Boys in San Francisco in July 2017. 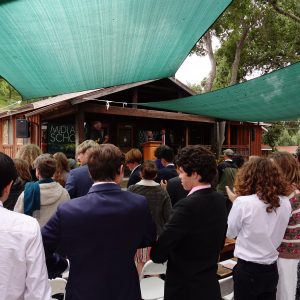 In an 2013 interview with Leah Kaplan ‘13, Lorri traced her career-long commitment to the world of education back to Midland: “All Midland philosophies have influenced me…. And in my work, I’m committed to supporting inspired teaching like I experienced at Midland in order to cultivate a life-long love of learning.” With her varied leadership experience, Lorri has strengthened the traditional elements of successful schools by furthering curricular innovation, fostering student and faculty leadership, extending best practices and cultivating inclusive communities.

“[Lorri’s] consistent dedication to [Midland] school over time makes her a formidable guardian and advocate… She is a wonderful example of how a Midland experience gives young people lasting faith in humanity and the ability to change the world in a positive way for the rest of their lives.” – Megan McGrath Gates ’93

Lorri and her husband Ted Durbin are parents of 10 year old son, Mason, and they currently live in San Francisco, CA.