CONTACT INFORMATION
SEND US AN EMAIL
shona Under The Oak
May 15, 2020 shona

“US Studies Update: Outside World Coming In”

In U.S. Studies, we look at history thematically and chronologically within each theme, encouraging students to make connections between historical and current events. In addition to the traditional topics like the founding of the United States, westward expansion, and the civil rights movement, we examine dominant and counter narratives, identify cultures of power, and seek to understand the experiences of those who aren’t typically centered in a traditional textbook such as Native Americans and African Americans. When coronavirus forced Midland to close our campus, we were in our last unit following the legacy of slavery to present day. The last day of on-campus classes we sat in the Playhouse classroom discussing “What is Justice?” While I certainly miss getting to interface with students in 3D every day, I’ve also quickly discovered that the new widespread Shelter-in-Place practices meant that my professional network is suddenly homebound – and more available to connect! With that, I began reaching out to lawyers, professors, activists and doctors whose work aligned with our course.

When students were analyzing root causes of current issues related to race and racism such as police brutality, mass incarceration, house and education inequality among African American populations in the U.S., I “Zoomed” 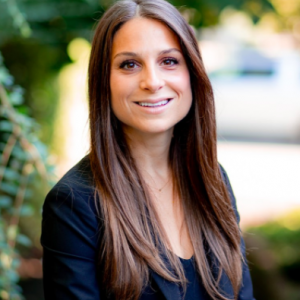 in two incredible social justice advocates to share their work and perspectives. Edyson is a writer, educator and activist. Born and raised in the Bronx, NY, Edyson has devoted his career to teaching Creative Writing to incarcerated men on Rikers’ Island. Students read his piece for Harvard Education Magazine on “Performing to Survive,” and drew connections between his work and that of James Baldwin and Ta Nehisi Coates. Edy challenged students to put themselves in the shoes of his students: “I know we are all struggling during quarantine feeling trapped in our houses, missing our friends, but we can still go outside. Now imagine you’re in a 4ft x 6ft cell. With a crappy bed and an iron toilet. 23hours in a cell with one hour of movement allowed each day if you’re lucky.” Edy argued that solitary confinement is cruel and unusual punishment. After students had finished hazarding their own questions, Edy gave them a writing prompt: “Can there be justice without punishment? Can there be power without power over others?”

Another advocate is a lawyer who has worked for the Bronx Public Defenders, Equal Justice Initiative, and currently clerking for a federal judge, helping with all aspects of her civil and criminal docket. He talked about the “messy ethical and moral space of clerking,” and how he has been in awe of the sudden power he’s gained through his current role. “As advocates we can spend a lifetime working towards justice,” he said, “to make a change that one person in a position of power could do in a day.” He rocked students’ worlds when he said he was a proponent of prison abolition, arguing instead for a program which is truly rehabilitative and recognizes the way systemic oppression leads to criminal acts.

In recent weeks, Midland students have been applying their historical thinking skills to the present coronavirus pandemic and its implications for American society. Just as we were meeting with these two about justice and mass incarceration, data was being released about how COVID19 is disproportionately impacting low-income urbanized people of color. Students followed current reports and identified key factors exacerbating the threat of coronavirus to marginalized populations: living in high density cities, often in multi-generational apartments, relying on public 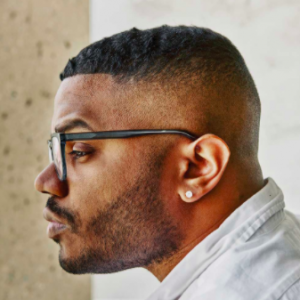 transportation to get to their “essential worker” jobs, and then not having access to affordable healthcare when they did get sick. Students realized that, while these inequities were engineered long before COVID19 hit, the government responses to manage some of the impact have provided insights into longer term solutions as well. Our resident experts for this discussion were Peter Spyrou and Michaela Lieberman. Peter Spyrou is a current Psychiatric Resident Physician at Montefiore-Einstein hospital in the Bronx, NY who has recently been deployed to full time COVID19 duty. Peter used stories of some of his recent patients to illustrate how mental health and environmental factors have exacerbated the impacts of COVID19 – on both patients and caregivers. Michaela Lieberman is a poverty lawyer with a specialty in health equity and access based in Charlottesville, Virginia. She discussed her work, which often involves defending people who are evicted due to forces outside their control (like illness and layoffs), and how that landscape has been impacted by COVID19. She noted how strange it was that while evictions have been halted during the current pandemic, folks can still be evicted for other health issues. She urged for “radical empathy,” to use the term “endangered communities” rather than “vulnerable,” and to let coronavirus show us how interconnected our fates are as humans. Peter also offered his hope for revisioning the way we support patients. He talked about how PTSD finally became widely recognized as a real phenomenon after Vietnam – which led to a mental health revolution. He hopes that Coronavirus will have a similar impact on broadening access to mental healthcare in the United States.

Throughout all of these conversations, I’ve been humbled by the wisdom in my community – from my students coming prepared with their own genuine curiosities and offering their own visions of justice, to my friends and colleagues sharing their individual discoveries and challenges through this historic era we are living through. While I am transparent about my own values and perspectives, my greatest hope for my students is that they learn how to find reliable information, how to digest it and come to their own conclusions about right and wrong, justice and equity. My favorite poster in the Playhouse classroom is a rose, shouting to students from the wall: “Resistance of the heart against business as usual.” May Midland students learn not only how to thrive in adversity, but how to remain eyes-open conscious to the machinations of the world to determine what needs changing. And when Midland students have settled into their own positions of power, may they harness their critical thinking skills, examine the histories that created their present reality, and dare to – in Michaela’s words – “imagine something more humane.”