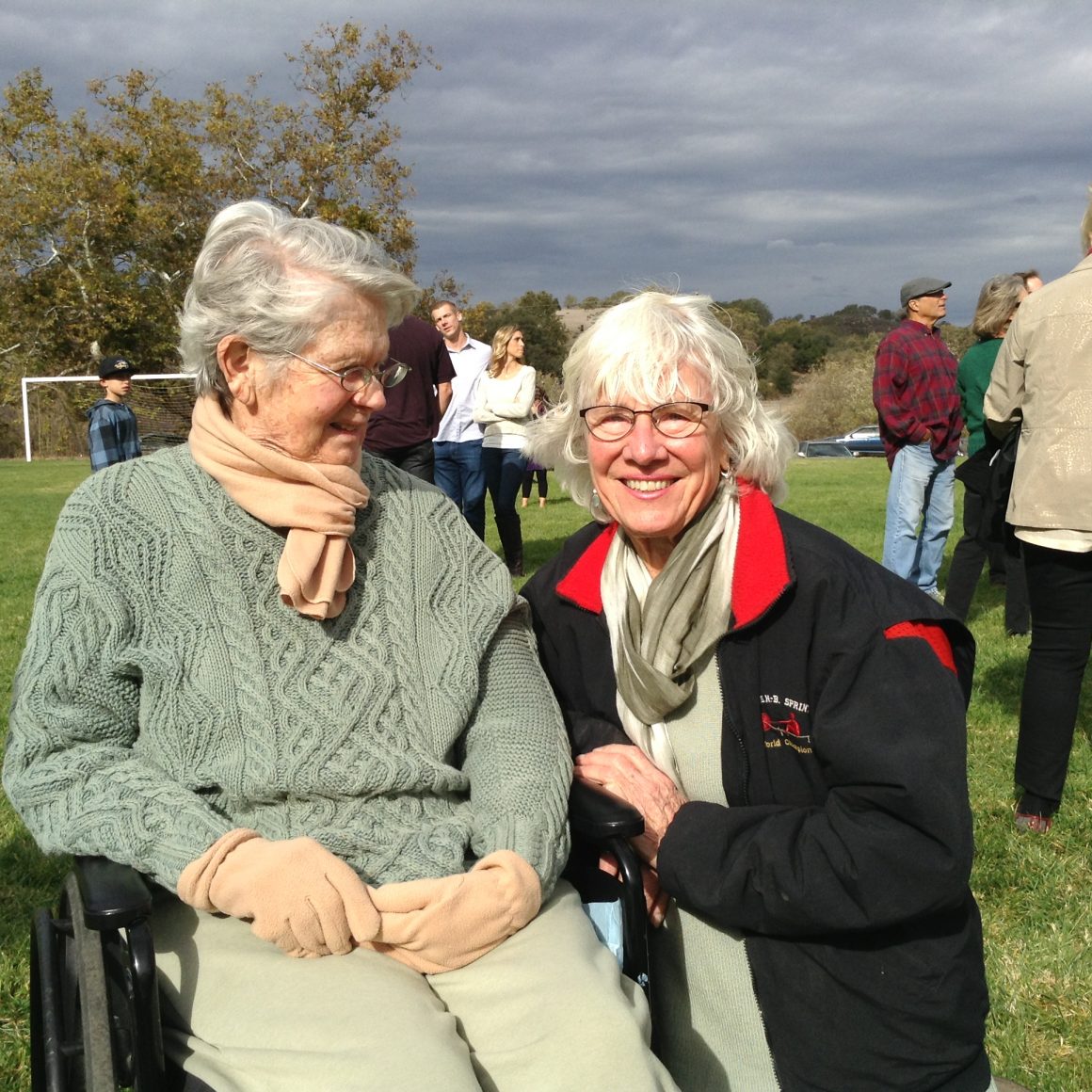 Midland’s success as a bold experiment in a meaningful educational model owes a debt of gratitude to the guardians of its soul reaching all the way back to its founding ideals.  At its core — cultivated from its earliest decades onward by the Squibbs, Riches, and Schuylers — Midland was and still is a set of values, an idea, an ethic of leaving a place better than you found it.  Midland is the belief that it matters what we do, and the courage to instill responsibility in its students. Since the 1940s, the idea of Midland has been tended, inspired, and loved by Jean Schuyler – one of Midland’s original and life-time guardians – who passed peacefully from this world on April 17, 2019 surrounded by her family at home in Santa Barbara.

Jean is an angel of inspiration whose life offers a shining example of two things: a life well lived and a life that lets others live lightly, purposefully, and joyfully.

Jean’s husband, Barry, graduated from Midland in 1941.  Jean graduated from The Bishop’s School in La Jolla, then Phi Beta Kappa from Stanford University.  They married in 1949. As a dynamic pair, they lived as faculty members at Midland, raising four kids, all born at Midland:  Ann, Peter, Kate, and John. Barry was a trustee for decades, and both were Midland champions for life. Midland was their home and the base camp from which they launched more public lives of service, purpose, and philanthropy in Santa Barbara.  The arts, educational, cultural, and environmental legacies of Santa Barbara can trace roots to Jean and Barry Schuyler, from the co-founding of the Environmental Studies Department at UCSB to land stewardship that defines Santa Barbara’s open spaces and native landscapes.

Jean shared much in common with Midland — an abiding commitment to simplicity, volunteerism, and always taking the time to notice, to know, and to enjoy the wildflowers, which she did as much as possible on horseback. Her generosity was effusive, her philanthropy effective. She was a driving force behind the origin of Midland’s endowment, launched with lead gifts from the Schuyler, Kimpton, and Willrich families, which established Midland’s ability to offer extensive financial aid and scholarships.

Not even a stroke in her 80s that partially paralyzed her left side could slow down her can-do spirit or gracious participation in all that life had to offer. If anything, it highlighted her grace and it narrowed her focus and ability to get to the core of things. Jean holds the record — and we invite anyone to challenge this — for the most Thanksgivings attended at Midland in its 87-year history, right up until this past Thanksgiving, where she joined her Midland family at full strength and graciousness.

For all that Jean did to stoke the flames of Midland’s life and legacy — and for being one of its finest teachers demonstrating the life well lived — Midland School thanks and loves Jean Schuyler.