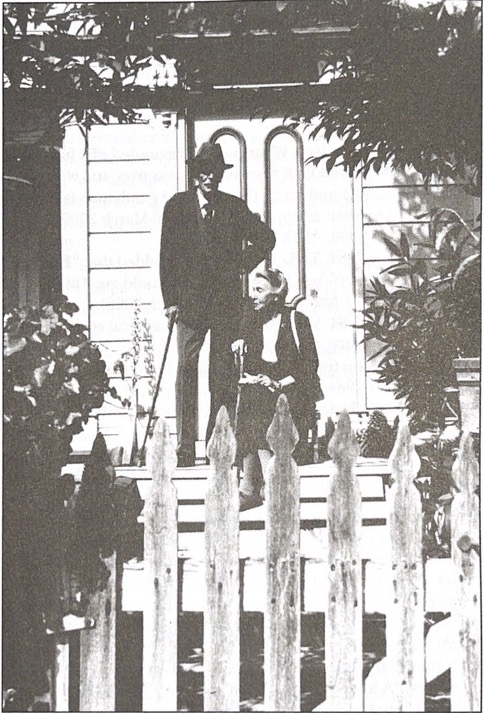 “He was a man of principle. You’ve got a lot of respect for a person like that. We were in awe of him… he was constantly a surprise.” – Louis W. Dowes, Midlander and student of Paul Squibb

Paul Squibb — the fifth of seven children — was born on December 29, 1895, in Brooklyn, New York, to Charles and Margaret Squibb. The Squibbs moved to Bernardsville, New Jersey, soon after Paul’s birth, where his early memories of “life on a Jersey farm, with fields and woods and a swamp and a lot of horses” feel almost reminiscent of life at Midland.

In 1910, Paul began boarding school at Kent School in Connecticut, where a chemistry course was among his favorites, describing its excellence owing not to “a good laboratory, but [to] a good teacher, and a good book.” This appreciation would eventually evolve into Midland’s founding educational philosophy that the essential ingredients of learning are a student, a teacher, and an idea.

After graduating from Kent, Paul followed in the footsteps of his father and uncle, attending Harvard University. Yet, due to the ongoing World War I, he served briefly in France in Ambulance Section 30, known comically as the “Harvard Section,” before returning to college and graduating on an accelerated wartime basis.

Paul’s first post-collegiate job was as a management apprentice at a leather tannery, though that soon closed down owing to declining demand for shoe sole leather, which had been a key component of wartime military shoes. Then, learning that his second cousin, Alfred Loomis, was embarking on an adventurous voyage down the East Coast and into the Caribbean, Paul joined as a crewman. This voyage took him to Caragena, Colombia, and it was during his time there that he worked as a cartographer and learned much about horses, camping and geology, skills and knowledge that would influence the model for Midland.

Around 1924, Paul returned to the United States, albeit this time on the opposite coast, where he would end up spending much of the rest of his life. He was first hired at The Thacher School and remarked that he admired the way it provided an educational opportunity that was an “intimate, first hand contact with nature.” It was here that Paul would come to develop his vision of learning as a mutually transformative interaction between teacher and student, instead of a one-sided transfer of information from teacher to student.

When, in 1927, Loomis planned another cruise in the Baltics, Paul agreed to come along — a decision that likely held more weight than he thought. On the ocean liner coming home, he met Louise Groves from Boston, Massachusetts, who had been visiting a friend in France. Louise was working for the Education Division of the American Association of University Women (AAUW) in Washington D.C. at the time. Their good sense, similar temperament and shared belief in radical conservation drew them to each other, and it wasn’t long before Paul proposed. The two were married on December 26, 1927.

Young and ambitious, Paul and Louise were restless about their present and future, enrolling in further studies at the University of California in 1928. Paul took courses in teaching English, educational psychology, French literature and modern European history. In 1929, the Great Depression deepend, but didn’t stop Paul from envisioning his very own boarding school, “a simple school, that wouldn’t have the amenities of Thacher and Webb, but that would give what a fellow really needed.”

Perhaps a fateful union of luck and providence, it was at this time that Paul’s grand-uncle, James Van Nostrand Suydam, passed away in Pasadena, leaving him with an inheritance of $7000 in cash and around $3000 in stocks. Paul immediately decided that this would go toward fulfilling his dream of starting his very own boarding school.

Paul’s idea was that his school “would be cheap enough so that [it] could take boys from impoverished backgrounds by using a sliding scale of tuition… the matter of financial status would be pushed to the background.” A rather radical idea in his time, especially in the world of private schools, this commitment to making a high quality college preparatory education accessible to families of all economic means lives on today as a continued tenet of Midland’s mission.

Ignoring other educators’ judgement that it was a “terrible time to start” a school (due to the Depression), and with Louise’s superb performance at the AAUW, who rehired her allowing the Squibbs to save up money for the school’s down payment and purchasing of classroom equipment, Paul managed to forge ahead. They rented, then eventually bought, a ranch and began making the necessary adjustments to turn it into a school campus.

In September 1932, Midland School in Los Olivos, California, welcomed its first class of students, who all lived with Paul and Louise in the main ranch house with no electricity, no refrigeration, cooking on an old wood-burning stove, boys studying by the light of kerosene lamps. (Now called Main House — and furnished with modern accommodations including electricity, of course — this original Midland home is now our main administrative building!) And thus erected a legacy — a leader in place-based and experiential education whose strength, as our motto says, lies in the oak.

Spending most of their lives at Midland, Paul and Louise retired to Cambria, California, in their old age. Paul passed away on May 10, 1984. Louise lived well into her nineties, passing away on November 28, 1989. Paul and Louise are buried at Oak Hill Cemetery in Ballard, not far from the campus they built. Somehow, they knew that they would always return to the valley, for here is where their legacy lives — in the mountains, in the classrooms and in the educational philosophies of Midland.

The Squibbs' journey to founding Midland

Continuing learning about the Midland Experience