Situated at the foot of Coulter Pine Ridge, Grass Mountain and Zaca Peak, the slopes of Midland’s fan-shaped 3000 acres are awash with lupine and poppies in early spring, beckoning visitors to explore its trails and summit the peaks. Along the way we delight in shady, creekside groves of White Alder, and deep canyons draped with Polypody ferns on one side and sun-drenched Purple Sage and Yucca exclamation points on the other. Learn a little about the geology of the property (as every Freshmen does in Midland 101), and the seemingly jumbled formations become apparent: the Paso Robles, the Careaga Sandstone, the Monterey, and Franciscan, the latter with its own complex mix of deep ocean-forged pillow basalts, ribbon cherts, and the crazy metamorphic mixtures that are serpentinite.

Serpentinite is the state mineral of California, and while abundant in Central and Northern California, it is rare in Southern California, and the Midland School property contains a large percentage of that in three major outcrops, including Serpentine Mountain. This combination of varied topography and geology — in a near microcosm of the state itself — supports a diverse biota, with many species of plants found only in central or southwest California. Examples include our beloved Valley and Blue Oaks, Catalina Mariposa Lily, Monkey-flower Savory, South Coast Range Morning Glory, Ocellated Humboldt Lily, and one of the rarest annual plants in North America, the Santa Barbara Jewelflower, which occurs only on serpentine outcrops in the western San Rafael Mountains of Santa Barbara County. Narrowly endemic species like these give a place character and make it unique, something to be treasured and protected in a world increasingly homogenized by humans and our hitchhiking invasive species. Endemics may have narrow seasons and be fleeting in appearance, but finding them can bring real joy to the heart, like reuniting with a close friend after years apart. 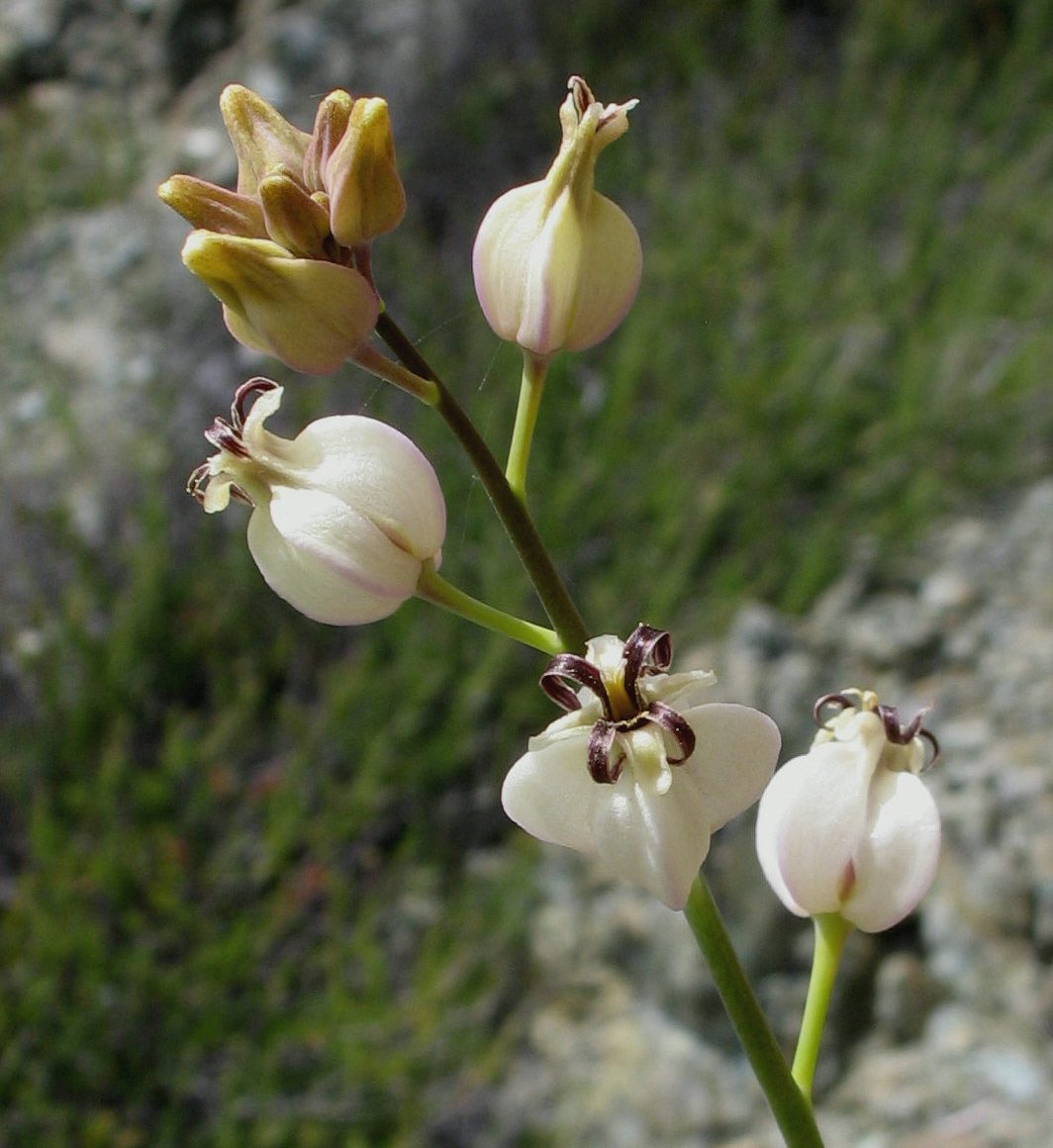 They also invite inquiry. How did they evolve and specialize, and what factors limit their distribution? Do they have specialized pollinators? How do they persist and disperse, and what threats do they face? This latter question takes on an increasing urgency in the face of human induced climate change, manifesting here in southwest California as prolonged droughts punctuated by more intense bouts of rainfall.

Serpentine outcrops have thin and chemically harsh soils and have long been recognized for their high prevalence of specialized endemic plants. With so few outcrops in Southern California, the conservation importance of Midland’s should be obvious, and all of it should be off-limits to grazing and trampling by cattle. Further, as living laboratories, these serpentine islands provide opportunities for Midlanders to participate in studies of geoendemic species like the Santa Barbara Jewelflower. Since 2015, I have guided interested students in collecting data on the phenology, survivorship, and pollinators of this species, and some of our results have made their way into peer-reviewed scientific papers, with more planned, including some to be co-authored by students who went above and beyond in their observations. 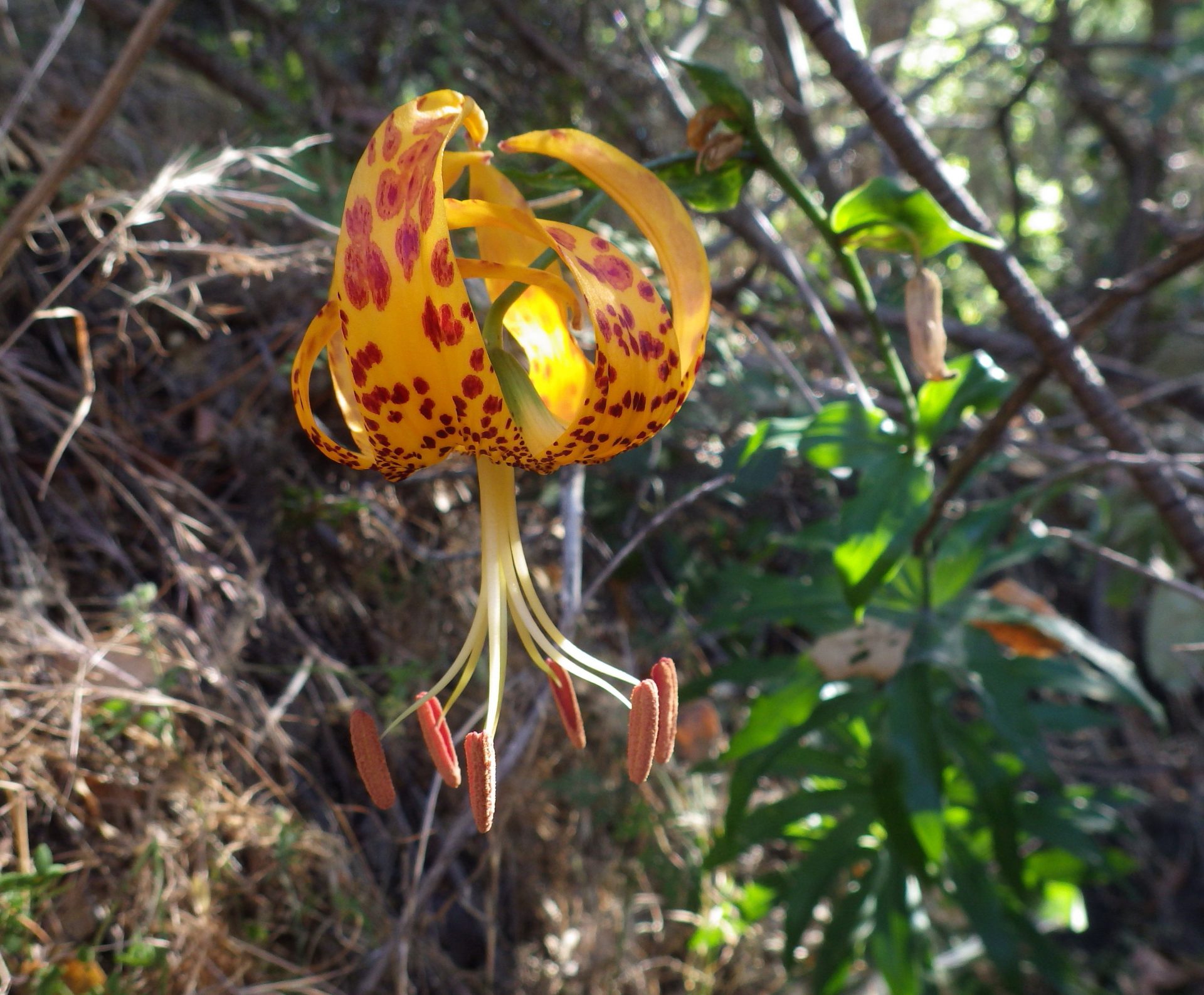 Aside from gaining a little experience in field biology, what better way for those Seniors to end their Midland schooling than by hiking up to the Senior Cutoff, collecting ecological data in the open air of Grass and Figueroa Mountains, and then flying back down the spring meadows, in time for showers, Thursday Chapel, and a clamorous Stillman dinner. Though I may no longer be present to facilitate the monitoring of the jewelflower, I hope at least some of it is passed from a Senior to a few students each year. That way, the data set will grow in value, and for those who participate, each of you will cherish the afternoons you discovered for yourself those serpentine-camouflaged leaves, or the first time those puffy white sepals expanded and the small, strap-shaped purple petals unfurled, calling out to the native bees in symbioses we hope never cease.

Why Protect This Land?

Learn more about the Midland Experience